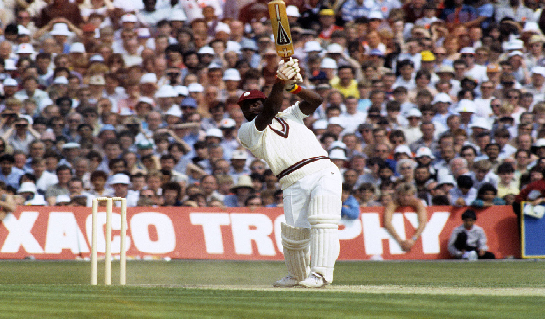 Legends are not born every day, rather they are formed with love, care, passion, hard work, struggle, and motivation.

March 7th marked the birthday of a very special person, a two-time World Cup winner, Sir Vivian Richards who scored a match-winning century in the 1979 World Cup Final against England.

One of the most prolific batsmen in the history of cricket, Sir Vivian Richards is considered among the greats who had played the game.

Cricket was mostly played in defensive style in the 1970s and 1980s era. It was Viv Richards who first introduced and showed the world cricket how to play aggressive cricket. Aggression might be an understatement for him, he was just a devastating player. For the era in which he played, it wasn’t normal to play like this, but he played with no fear and no helmet.

ODI cricket showed his strike rate at 90.20 which is ass whopping. Whenever he came out to bat, there were cheers and chants for him as the crowd would want an entertaining inning from him and he didn’t disappoint.

Sir Viv brags 6,721 runs, 11 centuries, a top score of 189 not out, and an average of 47.00. He came, he saw, he conquered — he truly entertained the crowd, brutally bludgeoned the ball and show no mercy to the bowlers and fielders.

Just an entertainer who can’t make his name to the list of one of the best batsmen who played the game?  His Test records show why his name is there. Viv Richards was not just a hitter of the ball. Certainly, a slogger can’t pile up 8,000 runs in test cricket. He scored 8,540 runs with an average of 50.23 which also included 24 centuries. He made his debut against India in 1974 and scored an unbeaten 192 in his second game.

Some of Sir Vivian Richards’ Achievements