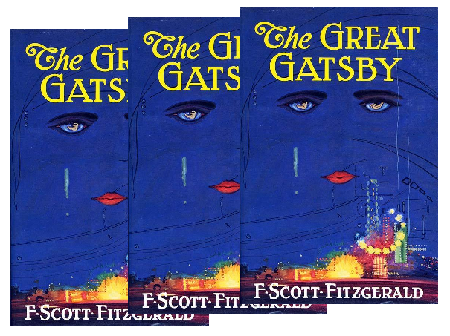 Is The Great Gatsby on your all-time favorite book list?

The novel was written in 1925 by American author F. Scott Fitzgerald. It features a cast of characters living in the fictional town of West Egg on prosperous Long Island in the summer of 1922.

Furthermore, it focuses on the young and mysterious millionaire Jay Gatsby and his quixotic passion and obsession for the beautiful former debutante Daisy Buchanan.

The book is considered to be Fitzgerald’s magnum opus.

It explores themes of decadence, idealism, resistance to change, social upheaval, and excess, creating a portrait of the Jazz Age or the Roaring Twenties that has been described as a cautionary tale regarding the American Dream.

Marcus Geduld, in an article on the popular website quora.com, provides an interesting and compelling feedback on this book.

The Great Gatsby I believe it is the closest anyone has ever come to writing a perfect novel. The words are so carefully chosen; it’s like a refined piece of poetry. And almost every sentence is inventive, playful, sensual, and surprising.

Its prose mechanics are astounding, but on top of that, it’s got a tight, mythic plot and extremely well-drawn characters. It works on multiple levels, as a yarn, a psychological novel, a philosophical musing, a lyrical poem, and a social satire. And it’s both funny and moving.

It has such a strong voice; I find it hard to put down after reading the first sentence. A very specific person seems to be looking me straight in the eye and talking to me.

It’s also a writing course. I’ve spent hours picking it apart, trying to understand how Fitzgerald creates his various effects, and in doing so, I’ve learned many creative-writing courses worth of techniques.

I’m not the only person who has learned from it: “In the 1950’s, Hunter S. Thompson, then working at Time magazine, used a typewriter to copy down The Great Gatsby, as well as Ernest Hemingway’s A Farewell to Arms, in order to learn about the writing styles of the authors and feel what writing a novel was like.”

Fitzgerald figured out how to write an accessible literary novel. It’s extremely layered, and the language is pristine, but it’s never difficult to read. I wish more writers would write like that. I wish the hacks would learn from Fitzgerald’s precision and the poets would learn from his plain speaking.