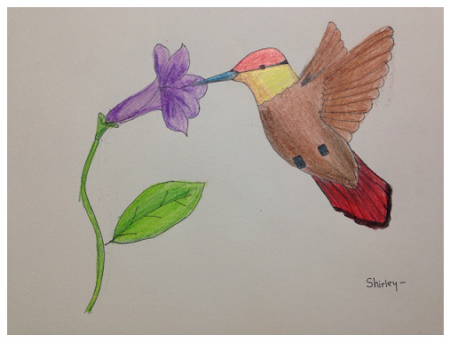 “Ah, how wonderful is the advent of the Spring!—the great annual miracle…. which no force can stay, no violence restrain, like love, that wins its way and cannot be withstood by any human power, because itself is divine power. If Spring came but once in a century, instead of once a year, or burst forth with the sound of an earthquake, and not in silence, what wonder and expectation would there be in all hearts to behold the miraculous change!… We are like children who are astonished and delighted only by the second-hand of the clock, not by the hour-hand.” — Henry Wadsworth Longfellow, Kavanagh, 1849

Spring is sooner recognized by plants than by men. — Chinese Proverb

This year spring officially starts on March 20. The beginning of spring is referred to as the Vernal Equinox. At this time of the year, the Earth’s axis is said to tilt towards the sun. Thus, it leads to early sunrise in the morning and a later sunset in the evening. It is also a windy period and although the temperature in generally is warmer, it can also behave in erratic ways.

That said, there is something magical about spring – it transforms, rejuvenates, reenergizes and just seems to reinvigorates life in general.

The fact is spring is no ordinary season and people who live in wintry climes look forward to spring with great anxiety, and boundless expectations.

Spring is also notably referred to as the season of rebirth or renewal and for good reason. It is during this time many people seek to revive not only their New Year’s resolution, but also reset their approach to life’s journey.

Moreover, in spring nature seems to manifest itself in all its glory — flowering plants fill the air with perfume-like scent along with a mosaic color scheme generated from their blooming flowers, a lifeless landscape is once again clothed in green, many animals’ end their hibernation while others greet the new season with their young offsprings, while flocks of birds emerge from their winter sittings with their young broods. The season also marks a number of different cultural events and activities. For example, in some regions, the first spring festival of the New Year is carnival, 40 days before Easter.

In addition, it is one of most sacred period within the Christian liturgical year as it is at this time Christians commemorate the death and resurrection of

The Jewish Passover is also one of three Jewish national holidays celebrated during this time. The others include Holocaust Memorial Day and Independence Day.

For the people of India, it is a special time as they stage one of the most vibrant festivals within the country known as Holi. It is also called the festival of colors or festival of love.  The festival has its roots in ancient religious rituals. Today, it has gained popularity in many parts of South Asia and beyond.

This is also a time when numerous outdoor activities begin such as concerts, theater shows, kite flying, among others.