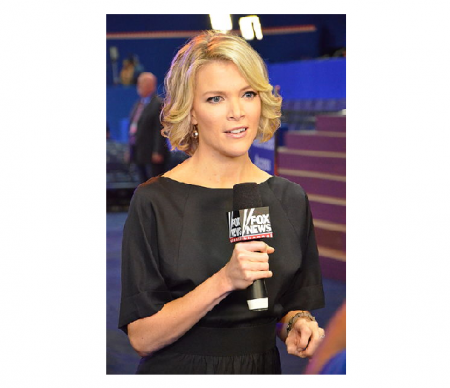 Fox News Megyn Kelly did not only disappear from her show “The Kelly File” after her assertion that Jesus Christ and Santa were both white, but it also caused an uproar and proved to be the butt of a joke among late-night comedians.

The 43 year-old Kelly, formerly a news reporter on the Fox News Channel but now hosts her own show on weekdays, at 9-10 p.m. Eastern time from the network’s New York City headquarters made her comment in response to an essay by Aisha Harris at Slate.com entitled, “Santa Claus Should Not Be a White Man Anymore.” Harris surmised that growing up, “I asked my father what Santa really looked like. Was he brown, like us? Or was he really a white guy?

You know, I’ve given [Harris] her due. Just because it makes you feel uncomfortable doesn’t mean it has to change,” noted Kelly. “Jesus was a white man, too. It’s like we have, he’s a historical figure; that’s a verifiable fact, as is Santa. I just want kids to know that. How do you revise it in the middle of the legacy in the story and change Santa from white to black?

Kelly later issued a statement describing her comment as “tongue-in-cheek” and misunderstood.

“The fact that an off-hand jest I made during a segment about whether Santa should be replaced by a penguin has now become a national firestorm says two things,” she said. “Race is still an incredibly volatile issue in this country, and Fox News, and yours truly, are big targets for many people.”