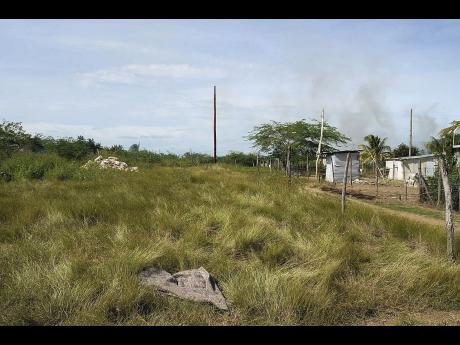 During the 17th and 18th centuries, a group of lawless men known as the Buccaneers waged war on the Caribbean seas primarily against Spain which at the time hogged the region as the major colonial power.

The Buccaneers would not only raid and loot Spanish ships but also ransack towns and burn buildings in Spanish colonies before returning to port with their plunder.

Viewed by the English as a low-budget way of waging war against Spain, the British crown licensed the Buccaneers with letters of marque, legalizing their activities in return for a share of the profits.

Now, if one fast forward to post-independence Jamaica, it has become fashionable for groups of lawless people to capture the land of others, start settlements, and lay claims to the property by reason of the number of years occupied.

A recent case in point is the 867-acres property in Little Bay, Westmoreland owned by Kathleen Eugster and her family.

Squatters have not only established a settlement on the land but refused to leave despite numerous court rulings for them to evacuate the property.

The law protects one’s right to occupy and enjoy his or her property. No one has the right to take away a person’s property as long as the person is the lawful owner.

However, don’t tell that to the 500 squatters on the Eugester’s property, or the politicians who see the squatters as a voting bloc and a means of generating Public Relations mileage of them fighting for the poor.

The truth is members and leaders of civil society must make their voices heard by condemning the actions of those who capture the properties of others.

Moreover, politicians who sanctioned and approved that type of behavior must be rejected and shunned by people who believe in common decency and rule of law.

The fact is the onus rests with the government to create opportunities for economic growth and development in the country so that people can find jobs to provide food, clothing, and shelter for themselves and their families rather than resorting to squatting on the properties of other people.

Furthermore, it is the government’s responsibility to ensure that communities are developed in an orderly way with all the necessary amenities in place and not the current gully bank and ramshackle settlements found in proximity to towns scattered throughout the country.

After all, even the British, French, and Dutch recognized long ago that buccaneering was unsustainable and an antithesis to trade development and commerce.

It is now full time that the government takes steps to arrest the current situation. If the activities of what may be described as land buccaneering or piracy continue, Jamaica will soon become a territory like that of the old wild west where lawlessness gave rise to wild, rowdy, unrestrained, disorderly, unruly behavior, and conduct.