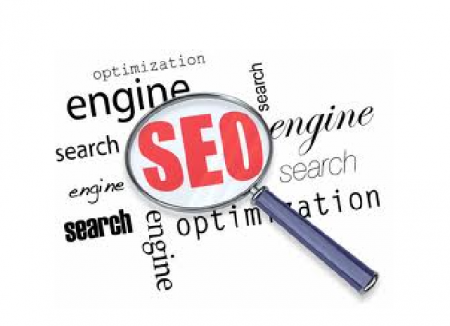 Search Engine Optimization (SEO) is the process of obtaining high visibility or traffic for a website in a search engine’s “free,” “organic,” “editorial” or “natural” search results.

From the mid-1990s, web masters and content providers sought to optimize the ranking of websites for search engines through the use of various strategies. This gained momentum as more and more people came to recognize that a high ranking on search engine not only means greater visibility but also drives traffic which ultimately translates to valuable business results.

At the early outset, rankings of websites or webpage were no big deal, it was fairly basic and simple. In general, all that was required were meta tags, creation of doorway pages that focused on keywords that one wanted to target and stuffed them into contents in the body of the page.

However, as time progresses, links became more important for high rankings on search engines. Consequently, people would resort to links from directory submission, article directories, link exchanges, or just about getting links from wherever or whoever that could help the site to rank high.

Another metric that became important then was keyword density, that is, the ratio of keyword or phrase that appears on a webpage compared to the total number of words on the page. These were used to artificially influence rankings.

Between 2011 and 2013, there was a paradigm shift in SEO rankings – the big game changer. Google began to make significant changes to its algorithm and this has had a tremendous impact in the way in which websites are ranked.

They launched three major Panda updates in 2011, aimed at improving standards. This affected a large number of sites that lack content quality as well as the practice of keyword stuffing, non-thematic linking, low quality reciprocal link, among other manipulative tactics.

Personalized result was also another area that was impacted by Google update. This now makes it difficult to know where one ranks in the search engine result unless one logs into one’s Google Webmaster Tool account and view the traffic report and the average rank through the various keywords.

The fact is part of how Google now ranks websites is based on previous search done, social network contacts, and websites visited.

In 2012 Google made another change to its algorithm referred to as the Penguin or Webspam update. This was aimed at catching sites deemed to be spamming its search results, particularly those buying links or obtaining them to manipulate results to boost their Google rankings.

A number of sites suffer set back as a result of this update as it came with a decrease in ranks and devaluation of links for some websites. However, Google made allowance through notification as well as a disavow link tool for sites to remove spam and comply with guidelines and in some instances a regain of rankings.

Exact Match Domain (EMD) was also an update launched during the period with the view of preventing poor quality sites from ranking well simply because they had words that match search terms in their domain names.

Finally, so far in 2013, Google continues to make SEO more challenging and difficult for those websites that would seek to violate its guidelines through spams, linking schemes, deceptive keyword search, as well as many other misleading tactics.