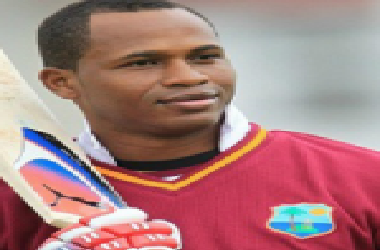 When Caribbean cricket lovers hear the name Marlon Samuels, what is the first thing that comes to mind? Is it the brash and flamboyant batsman that delivered match-winning knocks on the biggest stage? Or is it the hot-tempered batsman that stirred up controversy both on and off the field?

In this article, I will review the good, the bad, and the ugly side of the career of the Jamaican right-handed batsman.

In November 2020, Marlon Samuels announced to the world that he was retiring from International Cricket at the age of 39. He enjoyed a decent test career playing 71 test matches scoring 3,917 runs at an average of 32.64.

In that innings, he shared in a 372-run partnership with fellow Jamaican Chris Gayle which still stands as the record for the highest partnership in an ODI inning.

However, Marlon will best be remembered for his contribution in the T-20 format. As a middle-order batsman, he scored 1611 runs in 67 matches at 29.29 and a strike rate of 116.23 at the international level. The numbers are good for where he bats in the lineup in the shortest format.

Samuels will be remembered as the man for the big occasion in delivering the West Indies victory in the 2012 and 2016 T-20 World Cup Finals.

In the 2012 final in Colombo against the packed home crowd, he saw off and then tore apart two of the most prolific bowlers at the time in Ajantha Mendis and Lasith Malinga, respectively.

He started the innings slowly in scoring only 20 off 32 balls in the first 10 overs when West Indies were struggling at 32 for two.

However, in the last 10 overs, he launched a stunning attack on Malinga to finish the innings with 78 runs off 56 balls including 3 fours and 6 sixes. It allowed the Windies to post a decent total of 137 runs. When it was his time to bowl, he took one for 15 as the bowlers routed Sri Lanka all out for 101 to seal a comfortable win and the man of the match award.

Four years later, he became the only man to win two-player of the match awards in an ICC global finals when he hit 85 not out off 66 balls to steer West Indies to an astonishing four-wicket win against England in Kolkata. He led the charge in the run chase and was at non-strikers end to witness Carlos Brathwaite deliver 4 sixes in a row when the Windies needed 19 runs off the last over from Ben Stokes.

He was so confident in his cricketing abilities that it is claimed he even skipped school exams. After getting his crack into the West Indies setup, in 2002 he challenged the team’s curfew policy and was almost sent home from the tour of India. He papered over the cracks by scoring a maiden test century on the tour in Kolkata.

In the 2007 World Cup, Samuels infamously was involved in the running out of Brian Lara in his last international match. Samuels hit the ball to mid-on and set out the blocks for the single but retreated to his crease leaving Lara stranded and only scoring 18 runs in his final innings.

After the game, it didn’t sound like Samuels wasn’t apologetic. In a Cricinfo article by Sambit Bal that detailed the press conference after the match, Lara was asked whether Samuels had apologized. Sambit detailed that Lara pursed his lips, fumbled for words, and said nothing. Then he finally stated “It would have to be a yes, or a no. So, I will leave it.” That didn’t sound good on Samuels’ part.

Across all three formats, Samuels took 152 international wickets with a best of 6 for 50 in a 2013 test match against Zimbabwe. Samuels was effective in changing the speed of his off-breaks in the shorter format which at times neutralized the opponent.

However, his bowling action was reported on three separate occasions for being outside the 15-degree level of tolerance. He suffered over 4 years of ban on his bowling which is a stain on his resume.

Marlon has a competitive edge when he played the game of cricket which may even cross the line. There is the long-running feud with Ben Stokes which started in 2015 when he saluted Stokes off the field after his dismissal in a test match in Grenada.

A year later, he was fined by the ICC for abusing Stokes after his disastrous last over in the T-20 finals. In the press conference after the finals, he conducted the press interviews with both feet on the table which many viewed as disrespectful.

Another black eye for Samuels’ career was his involvement in one of the biggest confrontations in cricket history. In a January 6, 2013 game playing for the Melbourne Renegades against the Melbourne Stars, Samuels appeared to hold the shirt of Stars batsman, David Hussey, as he looked to get a second run.

When it was Stars’ turn to bowl to Samuels, Shane Warne confronted Samuels by pulling his shirt and using expletives on a live microphone that was connected to the commentators.

Later, the situation got worse when Samuels negotiated a bouncer that dropped to Warne who then threw the ball back at Marlon hitting him in the torso. Samuels then lost his mind when he threw his bat in Warne’s direction but thankfully the bat fell some distance away from Warne.

Finally, Marlon Samuels’ biggest controversy occurred in 2007 when he was embroiled in a match-fixing scandal with an Indian bookmaker. The ICC allegedly caught him on tape passing on some very important information to the bookmaker which could have easily affected betting odds.

As a result, he was banned from international cricket for 2 years and it appeared that for a while Marlon was unwilling to tour India because of fear of an arrest. His involvement did not seem to be a big racket which would have led to a lifetime ban, but it is a black mark on his career to this day.

The events discussed show that Marlon Samuels performed some tremendous feats in delivering two World Cup titles to the region.

However, many will wonder what he could have been if he were more diligent, consistent in the team, and stayed away from so many controversies.

Marlon, on the other hand, will feel he has lived the dream because he cares little about what you and I think.