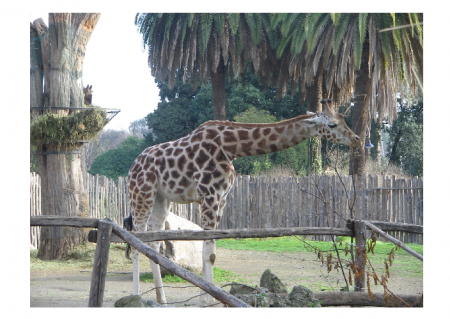 At the Copenhagen Zoo in Denmark, the officials obtained death threats after the zoo slew a 2-year-old giraffe and fed its remains to the lions. Tobias Stenbaek Bro the zoo representative said that on Monday, he and the zoo’s technical controller, Bengt Holst, obtained some threats over the phone and in internet messages for this act. They cited one internet message as saying: “The young kids of the staff of Copenhagen Zoo should all be killed or should get cancer.”

The giraffe, Marius, was killed on Sunday using a bolt pistol, then scraped and fed to lions in front of tourists, encompassing young kids. The murdering triggered a wave of online disputes and argument about zoo conditions.

The Danish zoo said the drastic move was needed to combat inbreeding and asserted the brandish was educational. But animal privileges campaigners last evening accused the killing of Marius, saying it exposed the cruel reality of welfare even in Europe’s best zoos. Zookeepers killed the healthy baby giraffe with a bolt gun as he was ‘surplus to obligations’. This highlighted the cruelty of mankind and showed that humans can be equally cruel like the beasts who are hard to tame.