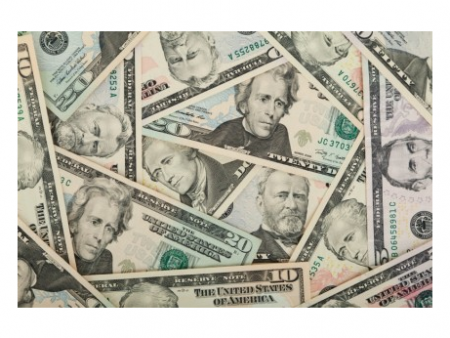 Investment banker and risk manager, James Rickards posits the view on coasttocoast.com radio discussion program recently that the collapse of the dollar and the International Monetary System are not only imminent but also inevitable.

He argued that the International Monetary System collapsed three times in the last century – 1914, 1939, and 1971 when former President Richard Nixon took the dollar off the gold standard.

On those occasions, Rickards noted, the major financial players in the world get together to rewrite, “the rules of the game.” He further said that all the incidence of collapse that took place in the past were tied to wars – WWI, WWII, and Vietnam.

He proffered that the next collapse will likely result in a high inflationary period and the people most likely to be hurt will be people on fixed income such as savings in the bank, insurance policy, annuity, and retirement income.

At the same time, he however noted that those with fixed assets of owning a factory, railroad, gold, or other currencies stand to gain during this time.

He explained that although the dollar will still be used as the local currency in the U.S., it will no longer be the leading global reserve currency of choice or note.

He declared that there will be a paradigm shift in currency standard and the International Monetary Fund (IMF) will play the lead role in the issuance of Special Drawing Rights (SDRs), a reserve asset owned by the agency.

Rickards further said that the U.S. is currently involved in a financial war with Iran and Russia. He, however, indicated that a financial fight with Russia could easily backfired on the U.S. if the situation escalates.

He added that Russia, unlike Iran, could fight back by dumping U.S. treasury bonds, drive up U.S. interest rate, freeze U.S. assets in Russia, and unleash hackers who could easily bring the New York Stock Exchange (NYSE) to a halt.

He later remarked that today China is aggressively acquiring gold to hedge their position in the marketplace as well as to give them a voice at the table in any global monetary reset.

Rickards recommended that people devote around 10% of their assets to gold such as the American Gold Eagle, which would increase in value during an inflationary period.

Said Rickards: “The 5 biggest banks in the United States today are bigger than they were in 2008, they have a larger percentage of asset of the banking system and much larger derivatives.”