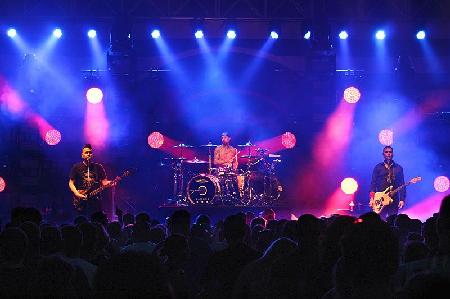 Hey, I was doing just fine before I met you
I drink too much and that’s an issue but I’m okay
Hey, you tell your friends it was nice to meet them
But I hope I never see them again

I know it breaks your heart
Moved to the city in a broke down car
And four years, no calls
Now you’re looking pretty in a hotel bar
And I can’t stop
No, I can’t stop

So baby pull me closer in the backseat of your Rover… The foregoing are just some of the lyrics by American DJ duo, The Chainsmokers.

The song titled, Closer, is one of their latest recordings, and it currently tops the Billboard charts at number one.

It is not only creating waves on the air and dance floor locally but also in several overseas markets.

The group is relatively new; it was formed in 2012, under the management of Adam Alpert in New York City.

Since their first single released in 2012, the group’s fan base has increased significantly and they have churned out a number of hit songs such as this.