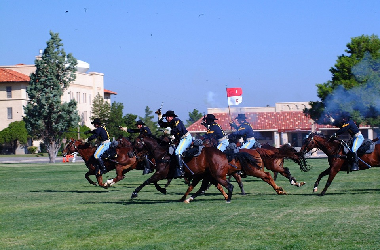 It is a distinguished and unforgettable memory to survive a hostile environment because of the militancy of the company you were in. That searing memory of a life altering moment that would have gone very badly cannot but be acknowledged as, “fortunately for me”.

We juxtaposed our “fortunately for me” survival against a backdrop of a angry, hostile mob on the edge of a deed most foul of which we are the hero and they the villain. And we think of this as success. And it is.

Until the next time, whether we face the mob, or a stranger does, and the escorted cavalry that had rendered us fortunate is breached or missing. And in that painful moment when a tragedy was not averted, we will wring our hands and castigate the barbarity of the mob.

That colossal failure is not the mob’s, and what we had earlier survived and labeled as fortunately and a victory of sorts, was a warning of a bad omen impatient of delay in finding solutions, such that we can routinely and without the calvary at our back argue and disagree with the mob and our safety is never in doubt. That is what “fortunately for us” looks like.

In our moments of triumph, or God forbid grief, the irrationality of our actions to influence, command and compel acquiesce by others, we may miss the inadequacy or absence of “meat in our baloney” as seen by the history of our interactions with those we confront. It is in those moments when  vulnerability is not exploited or abused, when errors- if that they are- are not  opportunities for sadistic display of might makes right but a recognition that we are neither combatants nor masters but servants to which civility is the least of our oaths to each other.

It is not the gun on a policeman’s hip nor his presence that keeps us safe. It is only our empathy and shared expectations of a more welcoming interaction that justify our investment of ourselves and our hopes for a better tomorrow; that’s what keeps us safe.

We call that a community. And for that reason, we use honey more so than vinegar, generous slices of meat more so than wafer baloney, free cup of coffee tomorrow if yesterday’s was below par, eat now pay later, and if your burdens are my doings, or mine yours, let us create the sacred spaces where we can sit, eat and talk about the remedies and our responsibilities to each other.

It is a mistake for me to think your demise clears my path of obstacles. It is contemptuous and the ultimate disrespect by which we disregard and disrespect each other’s humanity. It guarantees that when the calvary is not there to enforce an unnatural truce or prioritize subservience all hell breaks out in what we had hitherto insisted was a fortunately a heaven sent.

Heaven sent is when you can march into hell, argue with the devil, insist that a wrong be righted or at least be considered for its merits and your safety is guaranteed by the devil because your presence is as dependable and welcoming as the air conditioning unit that you promised.

If the folks in hell find us untrustworthy that is an alarming view that demands our considered attention. Being dismissive of folks we consider beneath us is a recipe for hell even as we tell ourselves we are heading to heaven. It is truly hot in here. We are in a moment of truth.