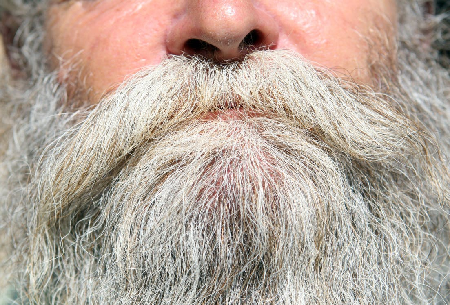 A beard is defined as the collection of hair that grows on the chin and cheeks of humans and some non-human animals.

In humans, this facial growth of hair usually occurs around the age of pubescent or adulthood among the male species.

At the same time in some cultures, a beard is considered wisdom, strength, sexual prowess, and high social status.

That said, in other cultures where facial hair is uncommon (or currently out of fashion), beards were linked to poor hygiene or a “savage,” uncivilized, or even a mean dangerous demeanor.

Historically, the beard has also come under considerable scrutiny to the extent at one time, attracting taxes and generating revenues for government coffers.

In 1535, King Henry VIII of England was said to have introduced a beard tax based on the wearer’s social position.

Additionally, in 1698, Emperor Peter I of Russia instituted a beard tax to bring Russian society in line with Western European models.

The tax was imposed on men to force a ban on the wearing of beards. This move, however, generated resistance and police were empowered to forcibly and publicly shave those who refused to pay the tax.

The tax imposed depended upon the status of the bearded man accordingly:

Members of the Imperial Court, military, or government had to pay 60 rubles per year.

The taxpayers were required to carry a “beard token,” a copper or silver token with a Russian Eagle on the reverse and the obverse the lower part of a face with nose, mouth, whiskers, and beard.

Several different versions of the tokens were minted between the issuance of the decree and its lifting in 1772.