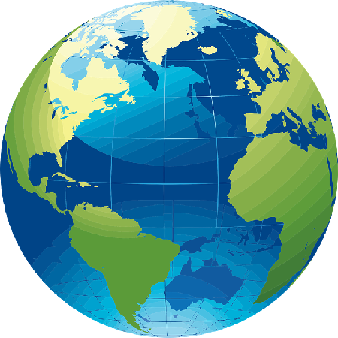 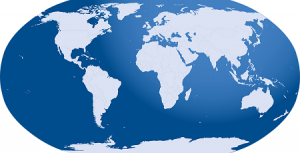 There are millions of islands dotting the oceans, rivers, and lakes of the world. They range from manmade islands there for the convenience of the people who live in the area, to natural constructions made by lava or tectonic plates. Most islands are fairly ordinary dots of land that are dutifully recorded on maps but have nothing special about them otherwise. Other islands, however, are incredibly interesting. Here are 4 mysterious islands that have drawn the speculation of people, sometimes for centuries.

Look at 16th century maps of Hoyos de Dona, and you will see a tiny little island known as Bermeja. A couple of centuries later, and the island is no longer shown on any maps. Isla Bermeja was precisely located by early cartographers at 22°33′ N, 91°22 E. Detailed descriptions of the island suggest it was a real place, but several recent surveys have proven for a fact that the island isn’t there.

Nobody knows what happened to the island, whether it sunk into the seas, or was simply misidentified as another island. All we know is that Isla Bermeja is no longer where it once was.

Zalzala Jazeera, or Earthquake Island, was a small island that existed for just a few short years. The island was created from the force of an Earthquake and was thought to be a mud volcano. Geologists predicted that the island would eventually disappear, and in 2016 it did. The Earthquake island sank back into the waves and has not reappeared since.

This beautiful island is uninhabited, except for a few scientists and other personnel who visit temporarily. The island has gotten a reputation through the years of being cursed, starting with early sailors reporting shipwrecks, aggressive sharks, and hungry beasts lurking in the dense vegetation. Even now, in the modern world, sailors report a sense of foreboding and weird lights sometimes seen at night. Palmyra Atoll is its own island, and those who don’t respect it may find themselves regretting their decision.

“The Land of No Return” Island

In the Aral Sea, there was once an island known as Barsa-Kelmes, literally translated as the Land of No Return. Before it disappeared back into the water, it was known to have paranormal phenomena that captivated whole nations. It was said that people who visited the island would disappear or come back aged many years when they had only been there a short time.

These reports weren’t from the 16th century or another early time but were reported in the early 19th century. This island turned out to not be so mysterious, however—the truth came out that it was a hoax by several generations of writers working together.

These islands are all unique and interesting in their own way and have created stories that have captivated the interest of people for years. While we may never get to see these islands, which have mostly disappeared as islands do, we can appreciate the stories they left behind in our history.