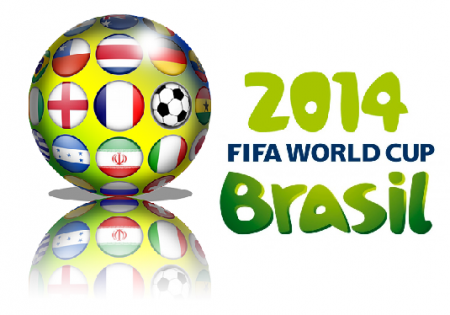 The World Cup is nearly upon us and rather than looking at the favorites or the dark horses, let’s ask ourselves who will actually go all the way – which out of the 32 nations could end up winning and become football world champions for 2014?

One of the teams that could take home the cup is Argentina. They boast some of the most skillful players whose football artistry will be on display this year. They have the likes of Lionel Messi, Gonzalo Higuain, Ezequiel Lavezzi, Sergio Aguero, Angel di Maria and more while there’s also the likes of Italy who are always in with a chance of going far in a tournament with their balanced squad.

The talented Germany has a point to prove too and will be hoping to finally be champions instead of just reaching the semifinals again while France and Cristiano Ronaldo’s Portugal are outside contenders as they always have been in recent years. And of course, there is Spain who is the defending champion and arguable the best team in the world and a top pick for most bookmakers to retain their crown.

However, in my opinion, it will be the host, Brazil, who will end up winning the tournament on home soil. Why? For one, they have one of the most balanced squads in the tournament and a rich supply of talent featuring the likes of talisman, Neymar, Oscar, Hulk, Paulinho, Hernanes, Fernandinho and much, much more. While their attack will always be glamorous, the known saying of defense winning championships still holds true and Brazil probably has the best backline in the tournament, not only because of the presence of captain and arguably the best defender in the world in Thiago Silva. There’s also the likes of Dani Alves, David Luiz, Marcelo, Maxwell, and Dante who have all had solid seasons.

While other teams like Belgium or Germany have strong squads too, none of them have the experience or winning mentality that these Brazilians do as majority of them have won a lot of honours as well as taking part in the Confederations Cup campaign last year where the Selecao emphatically beat Spain 3-0 in the final.

The World Cup is a different story, but Brazil showed that with home advantage, they fear none as they brushed aside La Furia Roja in a way not seen by many. Adding to this, they are being managed by Felipe Scolari – a manager who has already won the World Cup with Brazil back in 2002 and knows what it takes to go all the way. While he hasn’t had much success on the club front, Scolari is without a doubt, one of the best managers when it comes to international football and could certainly assert himself if he were to win another World Cup.

Lastly, Brazil is due a World Cup – they are still one of the best sides in the world even if they haven’t won one since 2002 and if Neymar continues his mesmerizing form for the national team, it’s no doubt that Scolari could end up lifting Brazil’s 6th ever World Cup.