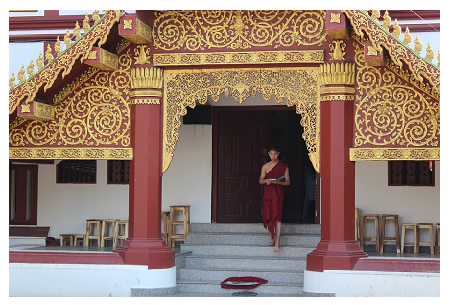 According to a reuters.com report, tens of thousands of Thai followers flock to a Buddhist temple to receive or replenish sacred tattoos believed to protect them from harm.

Men seen in a trance hold the belief that the creatures tattooed on their bodies possess them.

The annual ceremony is held at a temple on the outskirts of Bangkok.

Followers believed that they are granted mystical powers through the art of sacred inking. Many believe their tattoos protect them from harm.

“I had a car accident but I wasn’t hurt or injured, and also my job is going smoothly. I believe the master blessed me with that,” a follower declared.

The ink the monk uses is mixed with snake venom, herbs and cigarette ash. After the tattoo is complete, the monk blows over it to infuse it with power.

You do, however, have to follow a few rules for the tattoo to work – you shouldn’t drink, take drugs, steal, kill, lie or perform sexual misconduct. But the temple forgives. Should believers slip, they can return next year to replenish the tattoo.