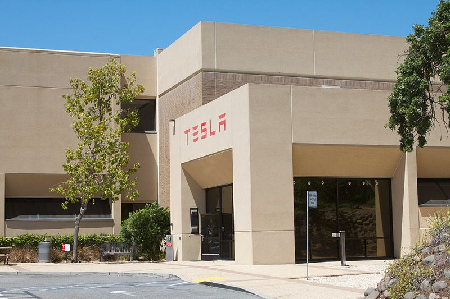 According to a news report, Tesla, Inc., the American automaker, energy storage company, and solar panel manufacturer based in Palo Alto, California is parting ways with hundreds of workers.

The dismissals were a result of a company-wide annual review, Tesla reportedly said in an emailed statement.

The report noted that over 400 employees, including engineers, managers, and factory workers were dismissed.

“As with any company, especially one of over 33,000 employees, performance reviews also occasionally result in employee departures,” the company reportedly said in the statement.

“Tesla is continuing to grow and hire new employees around the world.”

Though Tesla cited performance as the reason for the firings, this is disputed by a former worker according to Reuters.

The Palo Alto, California-based company said earlier in the month that “production bottlenecks” had left Tesla behind its planned ramp-up for the new Model 3 mass-market sedan.

The company delivered 220 Model 3 sedans and produced 260 during the third quarter.

In July, it began production of the Model 3, which starts at $35,000 – half the starting price of the Model S.

Mercury News had earlier reported about the firing of hundreds of employees by Tesla in the past week.