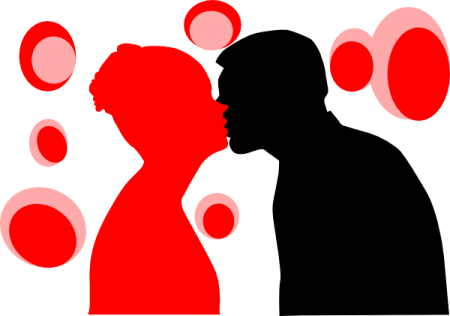 In every woman’s journey, she will encounter a roster of men that will make her shake her head and sigh. They say it takes all kinds to make a world. Well, let’s take trip to Mars and see how it goes.

1) Mr. Needy – He’s the one who gets attached right away and over shares his feeling from the start. He needs to be constantly reassured that what he says, does, thinks, or feels is valid. At first, it may seem self-deprecating but his insecurity and dependence show up in the long run.

2) Mr. Know-it-All – His ego is huge and his remarks are condescending because he’s convinced that anyone who doesn’t know what a Mobius strip is must be an idiot. Looking at how he treats other you have to wonder if he really has any friends.

3) Mr. Dutch – This is the man who invites you to dinner and splits the check. He’s always using the words “budget” and “frugal” but stops shy of the word “cheap” because it has a negative connotation. He doesn’t believe in splurging and a life with him means more penny-pinching than you can take.

4) Mr. Misogynist – He doesn’t hide his bitterness or his negative and insulting comments. He has no problem insulting women in general every day and twice on Sunday.

5) Mr. Self-Righteous – He doesn’t drink or smoke; he always works out and everyone should as well. He’s a preacher from the first date about how he likes his women to be, look, act and speak because in his world those who are like him are worthy.

6) Mr. Arguer – Every conversation is a debate tournament where you have to argue for your right to have an opinion. He will put you on the defensive from the first date and just the hint of having a different thought is enough to get him started.

7) Mr. Frat Boy – His motto’s his Bro’s before…well, you know. And he lives by the code. Sure, he’ll make enough time for you as long as his short attention span holds. Then he’ll be busy hanging with putting his sights on the new shiny object in the room; also known as your best friend.

8) Mr. Cheater – His girlfriend doesn’t connect with him like you do. She was mean and clingy and he deserves to be happy and that’s why he has to keep your relationship a secret from her until the right time. He’ll break it off with her and you two can be together. Of course, the story is likely to be repeated with your name in place of hers.

9) Mr. Driven – He’s working hard for that money because if he can’t put in those eighty hour weeks, he’ll never make partner. His cell phone is always at his ear and his forefinger is always in your face asking you to hold on. He has his priorities and a relationship isn’t really one of them.

10) Mr. Artist – He has more baggage than the carousel at LAX and the full range of emotions to fill them all. He’s sensitive, in touch with his emotions and prone to spontaneous bouts of self-doubt and shoveling guilt in your direction.