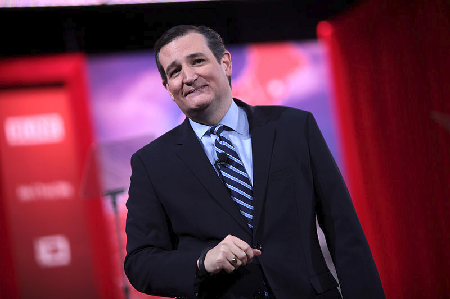 “Misery acquaints a man with strange bedfellows,” said William Shakespeare in one of his plays, titled The Tempest.

The quote in the foregoing is indeed befitting to the new bromance between Republican Party Presidential candidate Donald Trump and his former rival candidate, the ultraconservative Republican Texas Senator Ted Cruz.

Both men fought what must be considered a nasty, vulgar, caustic, and bitter fight to win the right to represent the Republican Party in the 2016 presidential election. They cast smears on each other never before seen in the history of an internal party political campaign or between rivals.

However, today, Cruz is throwing his support behind Trump — a man who did not only demonized him but also berated his family.

In fact, Cruz’s reversal of position is not only raising eyebrows among political pundits but also churning the stomachs of some members of the electorate.

This, of course, comes against Cruz’s earlier utterances on the campaign trail, against Trump, some of which include:

“This man is a pathological liar. He doesn’t know the difference between truths and lies. He lies practically every word that comes out of his mouth.”

“Donald will betray his supporters on every issue,” the Texas senator said in his criticism of Trump.

He also called Trump a “sniveling coward,” “utterly amoral,” ”a narcissist,” ”a bully,” and “a serial philanderer,” among other things.

“I am not in the habit of supporting people who attack my wife and attack my father,” Cruz also said.

On the other hand, Trump in his one-upmanship was lyrically violent against Cruz, he proffered the following:

“You are the single biggest liar. You probably are worse than Jeb Bush,” Trump told Cruz at a primary debate.

“Nasty, guy. Now I know why he doesn’t have one endorsement from any of his colleagues.”

He also accused Cruz of holding up the bible and lying.

“You can’t lie and then hold up the bible, OK?”

“He consistently lies. What he did to Ben Carson was a disgrace. What he did with the voter violation form – which is a fraud – is a disgrace. And you can’t do that. You can’t hold up all of these values and hold up the bible and then lie.”

Trump, in fact, created and made tagline, “lying Ted.”

Now, this political move by Cruz to support his arch-rival Donald J. Trump is being viewed as calculated and strategic, even at the expense of Cruz’s self-denigration and being labeled a court jester by members of the public.

So, what is in it for Cruz? The speculation is if Trump wins the Whitehouse, Cruz may have a prominent role in a Trump’s administration.

Alternately, if Trump loses then Cruz will no doubt have both Trump’s financial support and grassroots supporters backing him in a bid for the Whitehouse in 2020.

In light of the foregoing, certainly one cannot help, but conclude that politics indeed does make strange bedfellows.