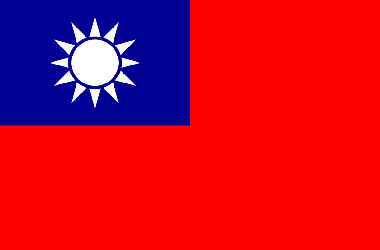 In an interview with CNN’s host Fareed Zakaria, Taiwan’s foreign minister said his country is studying Ukraine’s response to the Russian invasion with the view of learning from it.

“We try to see what we can learn from Ukraine in defending ourselves,” Foreign Minister Joseph Wu told Zakaria.

“There are two things, of course,” Wu said. “The first is asymmetric capability. Look at the Ukrainians, they use small personal weapons to go against a large enemy. And I think that is something we can learn from. In fact, we have been preparing for that, but we need to make more investment in this regard.”

He added, “The second area we can learn from Ukraine is civil defense. Look at the Ukrainian people. All of the males are having the determination to defend the country. They want to serve in the military. They want to go to the war zones to fight against Russia. That kind of spirit is enviable for the Taiwanese people.”

China has made capturing Taiwan its ultimate goal since 1949.

“When there’s a war, we need friends and allies to support Taiwan, as in the case of Ukraine,” Wu said.

Wu argued that the Chinese government’s reluctance so far may be due to the uncertainty of world government response and, in particular, the U.S.

He further said, “The second thing, if they think Taiwan is weak and easy to take over, I think it’s an open invitation for Beijing’s aggression. But I think we have seen from Ukraine, the case of Ukraine, is even though they seem to be weaker than Russia … that they are able to defend themselves and, therefore, Beijing must think twice whether they are able to take Taiwan over.”