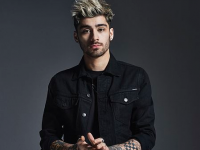 Zain Javadd “Zayn” Malik — A Man On A Mission

Zain Javadd “Zayn” Malik, the 24-year-old British singer and songwriter is a man on a music mission. In 2010, Malik auditioned as a solo artist for the British reality television music competition The X Factor. However, he did not fare well at his first attempt and was eliminated as a solo performer. He was later brought back into the competition, […]