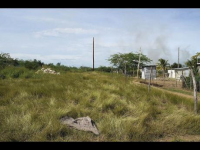 The Fashion Of Capture Land

During the 17th and 18th centuries, a group of lawless men known as the Buccaneers waged war on the Caribbean seas primarily against Spain which at the time hogged the region as the major colonial power. The Buccaneers would not only raid and loot Spanish ships but also ransack towns and burn buildings in Spanish colonies before returning to port […]