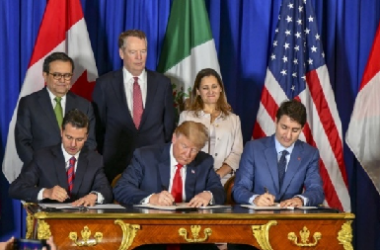 U.S. President Donald Trump and leaders from Canada and Mexico have done away with North American Free Trade Agreement (NAFTA) to sign a new trade deal under a new name — the United States-Mexico-Canada Agreement or USMCA. President Trump in his 2016 general election campaign cited NAFTA as one of the trade agreements that he intended to get rid of […]