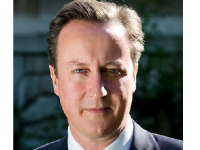 Prime Minister of the United Kingdom David Cameron has urged Jamaicans to get past slavery which he described as “abhorrent” in all forms. The Prime Minister was speaking at a joint sitting of the Houses of Parliament on his recent visit to Jamaica. The British Prime Minister noted that slavery has no place in any civilized society, and added that […]