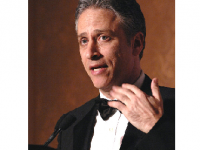 People often become attached to celebrities of all sorts for one reason or another and to some Jon Stewart is the celebrity of celebrities. The comedian and talk show, host of the satirical news TV program, The Daily Show has bid final farewell to his large fan base on the last show, aired on August 6, 2015. There were a […]