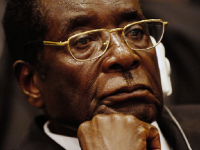 The appointment of Robert Mugabe as a goodwill ambassador for the World Health Organization has received a lot of criticisms both locally and internationally. In press reports, Canada’s Prime Minister is reported as saying, “When I heard of Robert Mugabe’s appointment… quite frankly, I thought it was a bad April Fool’s joke.” “It is absolutely unacceptable and inconceivable this individual […]