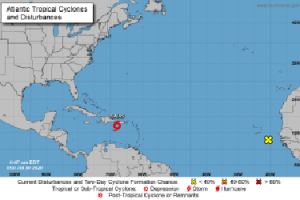 Amid the coronavirus plaguing Florida’s state — 451,000 cases, according to data compiled by Johns Hopkins University, it must now contend with Tropical Storm Isaiah. The system has triggered storm watches and warnings for at least a dozen islands as its predicted path takes it toward Florida’s southern tip. The state sits squarely in the center of the system’s forecast […] 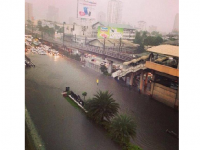 Tropical Storm Fung-Wong Dumped Tons Of Water On The Philippines

Rains and floods from tropical storm Fung-Wong have left at least five people dead in the Philippines, and hundreds of thousands of people displaced. It has also forced the closure of government offices, schools and business offices. More than 20,000 people were evacuated in the city of Marikina in eastern metropolitan Manila, where the river swelled and reached a critical […]