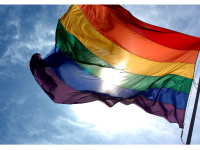 India has moved ahead most commonwealth countries by first recognizing transgender as a third gender by law and second, having a transgender anchoring a regional television news program. Padmini Prakash, a 31–year-old transgender and former instructor and actress has recently been employed to Lotus News in Southern State of Tamil Nadu as one of the station’s news presenter. Prakash reportedly […]