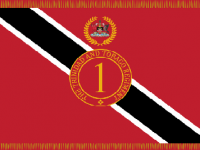 7 Wonders Of Trinidad And Tobago

Trinidad and Tobago officially referred to as the Republic of Trinidad and Tobago, is a twin island country located off the northern edge of the South American mainland, near the coast of northeastern Venezuela and 81 miles south of Grenada. Trinidad was a colony of Spain until the British arrival in 1797. During the same period, the island of Tobago […]