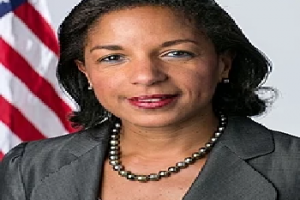 Could Susan Rice Be Biden’s Choice?

Susan Elizabeth Rice, the 55-year-old former public official who served as the 24th U.S. National Security Advisor to President Barack Obama from 2013 to 2017 and as U.S. Ambassador to the United Nations from 2009 to 2013, is reportedly now on the list as a running mate contender for the Vice-President position on the Joe Biden’s ticket. She worked closely […]