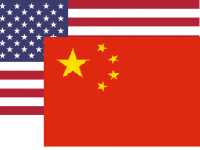 China’s monthly trade surplus with the US hit a record high of almost $29 billion in June as exports to America remained strong. The figures come a week after the trade war between the two began, with the US imposing tariffs on $34 billion on Chinese goods, and China retaliating. Washington has threatened to impose 10 percent tariffs on another […]