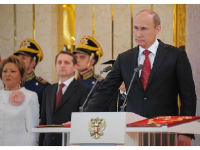 It has been thirty six years since the Soviet Union fought with Muslims in Afghanistan in a war which lasted for over nine years. Before the Soviet landed troops in Afghanistan, the pro-Soviet strong-man Nur Mohammed Taraki had taken power earlier via the route of a coup to head the Afghani government. However, Taraki’s radical reform, suppression, and killing of […]