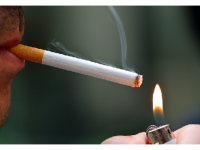 China: Thou Shalt Not Smoke In Public

China is again attempting to ban public smoking. It was first tried in 1996 as well as just before the Beijing Olympic Games in 2008. However, on both occasions, it was ignored for the most part by individuals and businesses. According to government officials, this time, however it will be different as thousands of ‘health police officers’ have been trained […]