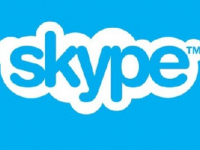 Why Is China Hating On Skype?

Get out! That’s what China seems to be saying to Skype and many other foreign Apps such as WhatsApp, Gmail, Facebook, Snapchat, Twitter, among others. For almost a month, Skype, the internet phone call, and messaging service have been unavailable on many sites where apps are downloaded in China, including Apple’s app store in the country. “We have been notified […]