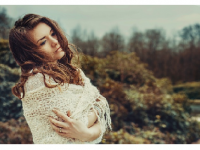 Dating A Woman Who Has Been Single For A While

Nicole Nation, a writer for jamaicaobserver.com, in her article, titled “What you should know before dating a woman who has been single for a while,” cited the book, Lies, Sex & Betrayal by Denecia Green to share four things men should know before entering into a relationship with such a woman. Selfish tendencies Initially, expect her to do her own […]