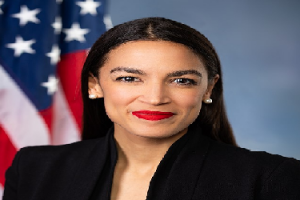 Rep. Alexandria Ocasio-Cortez (D-N.Y.) in a recent news report said Senate Democrats are “blocking crucial items in a Democratic agenda” as the clock ticks for both parties to come to an agreement on a bipartisan infrastructure package. Ocasio-Cortez’s remarks come after a bipartisan group of 10 senators announced an agreement on a “compromise framework” last week to invest $1.2 trillion […]

In a weekend tweet, U.S. President Donald Trump sounded the alarm that Congress must have a deal to fund the federal government before going on their summer recess in August. In his tweet, he alluded that the funding bill should include money to build a wall on the border with Mexico. “The Senate should get funding done before the August […]

President Trump in his weekly address announced that there are exciting days ahead, and his administration is pulling out all the stops to strengthen the Union and improve the lives of many people. He said one of the most important actions he has taken is the nomination of Judge Neil Gorsuch to fill the seat of the late, great Justice Antonin […]