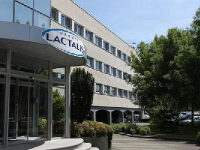 Lactalis Baby Milk In A Spot Of Bother

The French dairy group Lactalis is taking flack for its baby milk, following reports that it has admitted that some of its products may have been tainted for years. The company is set to recall up to 12 million boxes of powdered baby milk as the scandal of salmonella outbreak is said to have affected over 80 countries. Families of […]

First it was Benghazi scandal, now the e-mailgate; all in attempt by the Republican leaders to bring down former Secretary of state Hillary Clinton. In fact, the way the story is being covered by the media it would seem that they are party to seeing the down fall of a woman who is poised to serve at highest level of […]