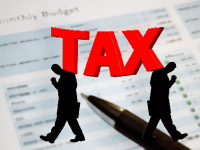 “The nays are 49, the tax cuts and jobs Act as amended is passed,” said Vice President Spence as he announced the Republican Party winning 51 votes for Tax Reform Bill in the U.S. Senate. By any means necessary, the Republican Party leadership were hell-bent on getting their tax bill passed before the end of the year, regardless of the […]