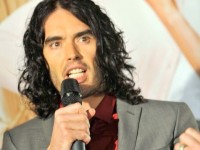 British fire brand comedian Russell Brand was scathing in his critique of Prime Minister Stephen Harper’s address to the nation on the tragedy which took place in Ottawa last week. Prime Minister Harper’s speech came after a soldier guarding a hallowed war memorial was gunned down in Canada’s capital. Shots were then fired in the halls of the country’s Parliament […]