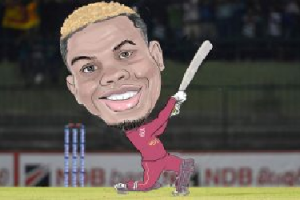 Roberts – Hetmyer A Batsman Of The Future

Former West Indies fast bowler Andy Roberts has posited that young rising star batsman Shimron Hetmyer opting out of the Windies tour of England is a missed opportunity for the 23-year-old left-hand batsman. Roberts also argued that the decision not to go on the tour was foolhardy. Darren Bravo, Shimron Hetmyer, and Keemo Paul were three of the players who […]

Veteran regional cricket commentator Joseph ‘Reds’ Perreira and West Indies, fast bowling legend Sir Andy Roberts, have both weighed in on the absence of Darren Bravo from the Windies team in the upcoming series against India in the Caribbean. Darren Michael Bravo, the 30-year-old Windies left-handed batting star has suffered a run drought since his return from a two-year cricket […]