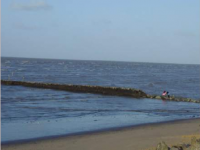 GEORGETOWN, Guyana (CMC) — Two teenagers were rescued by officials from the Guyana Defense Force (GDF) on Friday as they attempted to commit suicide. In a statement, the GDF said the teenagers were spotted and rescued as they were preparing to jump into the deep waters at the mouth of the Demerara river in the Kingston jetty area. The Coast […]