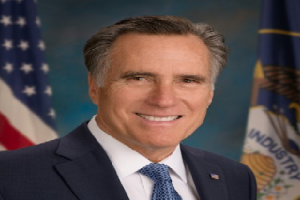 Sen. Mitt Romney Up The Ante On Putin

File photo Sen. Mitt Romney has argued that the onus is on the United States and Western allies to prevent a reconstituted USSR led by Russia’s President Vladimir Putin. “He’s trying to reestablish what he had before. That can’t be allowed to happen,” Romney said in an interview on NBC’s Meet the Press. The former Republican Presidential candidate view comes […]

News Headline Around The World

Jamaica Records 11 Deaths Attributed To COVID-19 Jamaica has recorded an additional eleven deaths from COVID-19 – pushing the death toll to 2,461   In its latest update, the Ministry of Health reported that the deaths occurred during the period August 30 to December 20. The ages ranged from 51 to 103. Jamaica recorded 53 new COVID cases from 662 […]

Ransomware, a type of malware from crypto virology that threatens to publish victims’ personal data or perpetually block access to it unless a ransom is paid, has been hurting many business entities in the U.S. According to press reports, Ransomware attacks are on the rise with an estimated $350 million paid out in ransom in 2020. The hacker behind this […]

According to a recent press report, Russian President Vladimir Putin has vowed to “knock out the teeth” of any power that attempts to take a portion of his country’s territory. “Everyone wants to ‘bite’ us somewhere or ‘bite off’ something of ours, but those that would do this should know that we will knock out the teeth of all of […] 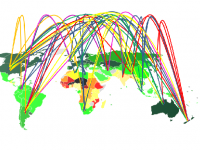 Russia’s plan to introduce a cyber-security bill that involves tighter restrictions on Internet use has met with stout opposition from Internet users. Consequently, thousands of protesters took to the streets to protest the government’s latest action. The government, however, has justified its action by stating that the new bill is a means of improving cyber-security and stopping the country’s Internet […] 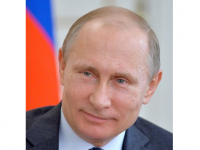 Donald John Trump – the Donald is the 45th and current President of the United States. He is viewed as a political neophyte by many of his detractors, but no one can seriously question his business acumen. The 72-year-old Trump was born and raised in Queens, New York City. He has an economics degree from Wharton School of the University […] 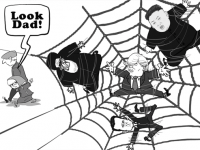 Trump Has A Lot On His Plate!

With no indication towards denuclearisation – a critical issue discussed by both Trump and Kim Jong-un at June’s historic summit in Singapore, it is anybody’s guess whether Trump’s dream will be realized.  At the Singapore summit on 12 June, both men signed a document that included a pledge from North Korea to rid the Korean peninsula of nuclear weapons with […] 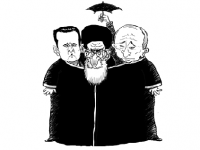 After over seven years of war, there seems to be no end in sight to the human catastrophe that currently obtains in Syria. More than 400,000 people killed or reported missing. Also, it is estimated that more than half the population of 22 million have been driven from their homes with at least 6.1 million Syrians internally displaced, and another […]

President Donald J. Trump has demonstrated time and again that he doesn’t play nice with people whom he doesn’t care for either in the letter nor the spirit. Now, over the past few years, two leaders who have apparently pissed off the U.S. the most are North Korea’s President Kim Jong Un and Russia’s President Vladimir Putin Trump has berated […]

Trump Plays Hard Ball — Putin Did Not Meddle In Election