Is The PNP Suffering From Myopia?

If a fix is suggested for the PNP, the assumption is that one understands the problem that needs to be corrected, at least papered over so that the party can squeak by as the winner in a soon-to-be-called election. There then is the rub. The problem, whatever the problem is, requires not so much an inconvenient solution as a necessary […] 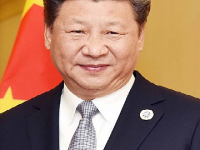 New move by China’s parliament have now made it possible for President Xi Jinping to preside over the world’s most populous country, for life. According to reports, out of 2,963 delegates at the annual session of the National People’s Congress, 2,958 voted “yes” to changing the Constitution on Sunday. There were three abstentions and two voted against, the parliament announced. […]