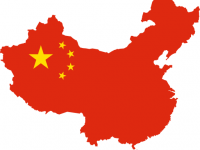 The Trump’s trade war with China has apparently begun to weigh on the country’s economy. China reported its slowest quarterly growth rate since the global financial meltdown back in 2008. According to the National Bureau of Statistics, the growth figure for the July to September quarter was 6.5 percent from a year earlier. Financial analysts projected figures of 6.6 percent […]