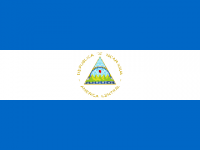 Upheaval in Nicaragua Over Pensions Reform

The Nicaraguan government has come under fire in its attempt to introduce new legislation that will see a rise in pension contributions for workers and employers and reduced overall benefits. Consequently, thousands of people took to the streets to protest the government’s action. According to reports, ten people have been killed as pensioners, students, and workers clashed with the police […]