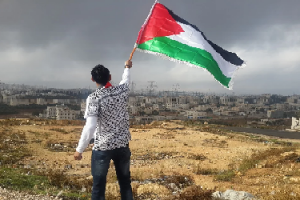 Palestinians in Gaza burned pictures of Israeli, American, Bahraini, and United Arab Emirates leaders on Saturday in protest against the two Gulf countries’ moves to normalise ties with Israel. Bahrain on Friday joined the UAE in agreeing to normalise relations with Israel, a move forged partly through shared fears of Iran but one that could leave the Palestinians further isolated. […]

Israel Adds Another Arab Country To Its Side

The U.S. has assisted Benjamin Netanyahu and Prince Mohammed Al Nahyan in a brokered agreement, which President Trump dubbed “historic.” The two countries, Israel and the United Arab Emirates, are now set to normalize relations. Until now, Israel has had no diplomatic relations with Gulf Arab countries. However, a spokesman for Palestinian leader President Mahmoud Abbas said the deal amounted […]