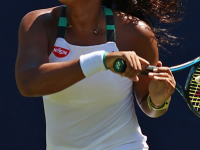 Naomi Osaka, the sensational young 20-year-old tennis star, continues not only make a name for herself but is also pulling in record sponsorship deal. This rising star first came to prominence at the age of sixteen when she defeated former U.S. Open champion Samantha Stosur at the 2014 Bank of the West Classic, which was her first time in the […]