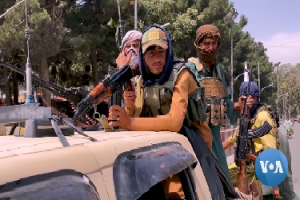 Abdul Wali, also known as Omar Khalid Khorasani, was allegedly behind some of the deadliest attacks in Pakistan in recent years. A late-night roadside bombing in eastern Afghanistan has struck a vehicle carrying members of the Pakistan Taliban, killing a senior leader and three other members of the group, several Pakistani officials and the group said. Abdul Wali, also known […]