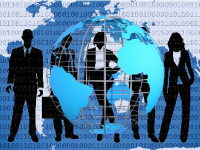 Two researchers at American universities have been awarded the Nobel Prize for economics. Yale University’s William Nordhaus was named for integrating climate change into long-term macroeconomic analysis and New York University’s Paul Romer was awarded for factoring technological innovation into macroeconomics. They will share the 9-million-kronor ($1.01 million) prize. Nigel Belle, Readers Bureau, Fellow Edited by Jesus Chan Do you […] 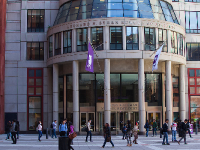 New York University recently announced free tuition for all its medical students is a historical first among major medical schools in the U.S. This latest move by the university is an attempt to arrest the tremendous debt students must contend with after graduation as well as expand career options for graduates. There has been worrying concerns among some university officials […]

According to a news release on nyu.edu website, the university received a whopping number of 75,037 applications for first-year admission, an increase of nearly 12% over last year.  The report noted that the university has been breaking application records over the past eleven years consecutively; additionally, applications have roughly doubled during the period.  It also noted that NYU has received […]

Peter Blair Henry, born in Kingston, Jamaica in 1969, is a renowned scholar in the field of economics. He is currently the Dean of New York University’s Leonard N. Stern School of Business. Henry is the youngest person to hold the position. He first joined the NYU Stern Faculty as the William R. Berkley Professor of Economics and Finance after […]