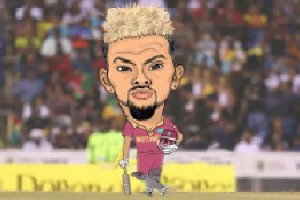 Following his newly appointed position as Windies’ vice-captain for the three T20 Internationals (T20Is) in New Zealand and an impressive Indian Premier League (IPL) campaign, wicketkeeper-batsman Nicholas Pooran is now set to join the Melbourne Stars in the Australian Big Bash League (BBL). The 25-year-old has been signed as a replacement for England’s wicketkeeper-batsman Jonny Bairstow. Along with a host […]