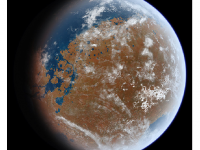 Research scholar and astrophysicist Jeff Zweerink believes that the announcement by NASA of the discovery of water on Mars comes with egregious headlines, overblown by mass media. Speaking on a RTB podcast, Dr. Zweerink thinks the significance of the find is being blown out of proportion and people ought to take a breath. He said the find does not mean […] 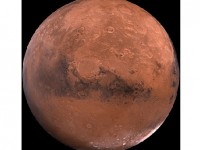 Mystery In The Sky – A Puzzle To Scientists

A mysterious haze high above Mars has left scientists baffled as they seek explanation for the new phenomenon. Amateur astronomers who spotted the mysterious haze above Mars twice in 2012 have reported their findings which have now been analyzed by scientists. The scientists, from their analysis, have said the formation, stretching for more than 1,000 km, is larger than any […]